Two groups of MINI's converged downtown for a quick Channel 7 photo shoot before heading on to the Auto Show. We were treated to breakfast snacks and drinks and had a chance to talk with Fireball Tim and his 500 horespower twin-turbo charged, supercharged, nitro drag car.

The rest of the Auto Show was a blast, and we had the huge advantage of being inside before the main doors opened.

HUGE thanks to Chris W. from MINIUSA for making this all happen for us!!! Thanks for Dustin for leading one of the drive legs, and getting a film crew out there!

Here is the Channel 7 news clip.. Thanks Taylor!

Here are the Auto Show Drive pictures from Greg and Dustin.

For those who cannot make the show, be sure to check us out on the Live webcam (North Hall East View)

The CMMC (along with MINI USA and the Chicago Auto Show) are proud to bring you the show before the show.

MINIUSA has arranged for CMMC members to get in to the Chicago Auto show before it opens to the general public on Saturday February 11th.

Chris Weiler from MINI USA will be on hand to answer questions and show off what is on display for 2006 from MINI. You'll also be set loose to see the show before the usual madness descends on McCormick Place.

This is a great way to see the MINI display up close without having to jockey for position with 500 other non-MINI owners. You'll get to spend time with the cars, check out the new options, and talk one on one with an exec from MINI USA.

All CMMC members are invited plus up to two guests. Just download the PDF at the end of this post and send it to the address on the form with a check for your tickets and you're in. Then just show up at the McCormick entrance at 8:30 am sharp (no later than 8:45 or you won't get in) and we'll take it from there.

Where: The front of the new McCormick Center near the fountains.

Who's invited: Club Members plus up to two guests.

Cost: Tickets are $10 each. Just download the following PDF and send it in (with a check) to the address listed on the form (NOTE:The form information is temporarily incorrect and will be fixed shortly. Cost is $10 and 2 guests are allowed):

But act fast. We only have a certain number of tickets and once they're gone that's it! 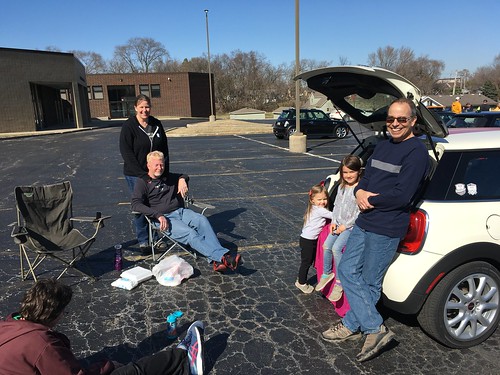