UPDATE 5/17/2019 Drive has been cancelled due to predicted bad weather and potential for flooding along the route!!

We will be joining up with the Northwest Indiana MINIAcs for a drive out to the Auburn Cord Duesenberg Museum located in Auburn Indiana on Sunday May 19th.
Details updated 4/24
UPDATE: 5/6/2019 Please let us know if you are interested in attending.. We need an advance count to negotiate a group rate add a comment to this post or send an email to steve@chicagominiclub.com

END_OF_DOCUMENT_TOKEN_TO_BE_REPLACED

The Chicago MINI Motoring Club and Milwaukee MINIs will be teaming up for a Cubs Brewers game on September 7th in Milwaukee.

END_OF_DOCUMENT_TOKEN_TO_BE_REPLACED

We will be taking a spring Wisconsin drive on Saturday April 20th..
WRAPUP: a beautiful Spring day brought out about 17 MINIs from Chicagoland and another 17 from Wisconsin. We looped thru about 60 miles of fun Wisconsin roads and then stopped at the iconic Brat Stop for a delicious lunch.
Huge thanks to Renee and Adam for helping pre-drive the course and assist in the route planning!!

Photos by Steve and Lee |

UPDATE: 4/9/2019 Start and end locations and departure times are listed below..

END_OF_DOCUMENT_TOKEN_TO_BE_REPLACED

Head out to MINI of Orland Park on March 31st and get your MINI cleaned up and ready for the driving season..

WRAPUP: Food, raffle prizes, clean cars and more.. A great chance to hang out with MINI friends and check out cars at MINI of Orland Park. Huge thanks to Kevin, and his staff for hosting this event!

END_OF_DOCUMENT_TOKEN_TO_BE_REPLACED

Begin the Motoring season by taking a drive out to the Indiana Dunes area for a meetup with the Northwest Indiana MINIacs club!!

WRAPUP: First driving event of the season is in the books.. We had a visit and tour of the Car Collectors Garage,. then about a dozen MINIs caravaned out to the the Indiana Dunes visitors center and joined up with another dozen Indiana MINIs.. We even had a visit with Ziggy the big-azz Bunny.
Thanks to Matt from the Indiana MINIacs for organizing the meetup!!
Photos by: Steve |

END_OF_DOCUMENT_TOKEN_TO_BE_REPLACED 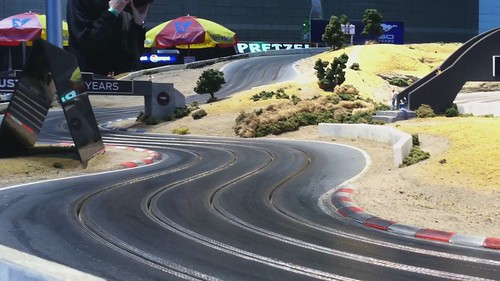 Come on out to Chicagoland Raceway for a day of Slot Car Racing and hanging out with MINI friends on Sunday February 24th!!

WRAPUP:  We had a dozen racers and several spectators out for a really fun event..  Two groups of six competed in an 8 race series running a race in each of the different lanes to even out any differences in cars or lane position.  The top two in each head went on to a shorter final series.  First and second heat winners were Ken and Brent.
The overall combined winners went to next-gen CMMC members.. Payton with the win and Cole with a close second place. 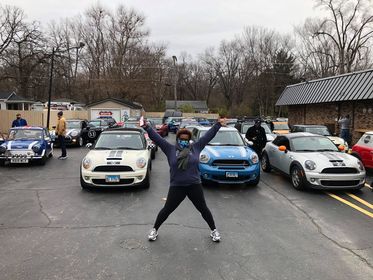